It all started back in 2nd grade for these two. Let me introduced to you Ashley Jensen and Terence Beesley. Let me give you a little background on them.

They met all the way back in 2nd grade, they had the same class at their elementary school. They so called dated though out elementary and like most childhood friends they kind of went their separate ways once they got to middle school. She started dating other boys and had completely forget about him, until the day it happened. 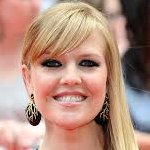 They had just graduated high school and Ashley had started college, she had just gotten out of class and got a message on facebook. It was him, she had heard over the years things that had happened to him and how he was doing but she never thought twice about it. So she read the message and after a few days responded.

He was working for his dad's construction and owned a place with his sister in the house he grew up in. After talking for a few months they decided to go out, Ashley was really nervous but her best friend talked her into it and actually went on a double first date with them.

They loved each other so deeply so fast, after only about 6 months of being together it happened! He proposed. She was so in love and could not stop smiling from ear to ear. They had it all planned out of course she had it planned long before they even got together. It was a fall wedding it was the second weekend in November. They had only been engaged for a year at the time of the wedding but both families were ecstatic, and could see how much love they had for each other. Terence did anything and everything for her. They had a big ceremony at her parents barn on their property it was gorgeous. Guests where greeted with clear Christmas lights strung through out all of the trees. They had candles lit all around, it created a warmth and glow.

Ashley's dress was a ballgown type fit and he was dressed in a black tux with a white shirt and black tie. Their wedding was one for the books, they had a live band all night that kept the party going. Their wedding was complete with a smore's bar and a couple bon fires around to cook them on.

They had two cakes a gorgeous white cake with teal roses going down it and a grooms cake that looked liked a truck had covered it in mud. There was even a photo booth, their guests had a blast. The pictures were free and the two ladies who worked it printed them out for free right there, you could take as many as you wanted as long as you put some in the scrapbook. That was the coolest thing they had a scrapbook of all the photo booth photos taken that night. The night ended with a final farewell to the Mr. and Mrs. where sparklers where lit as the couple ran through them.

This wedding was one for the books.